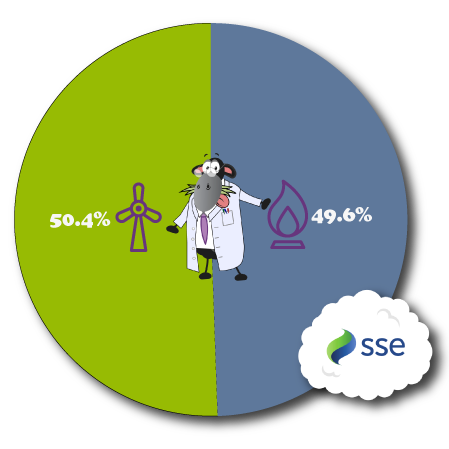 WE WORK WITH SSE AND 30 OTHER SUPPLIERS

Although SSE was officially formed in 1998, its origins stem from two public sector electricity supply authorities, the former North of Scotland Hydro-Electric Board, founded in 1943 and the Southern Electricity Board created in 1948. Both organisations were privatised in 1990/1991 before then merging in 1998 to form Scottish and Southern Energy.

After various acquisitions, including Swalec in August 2000 and the Fiddlers and Ferrybridge Power Stations in July 2004, Scottish and Southern Energy rebranded to SSE in January 2010.

SSE had originally planned to separate its retail division through a merger with Npower which was then owned by Innogy. This merger had been approved by the competition and markets authority in August of 2018 but was abandoned in December that year with both companies blaming very challenging market conditions.

SSE went on to sell its retail division of residential supplies to Ovo Energy, which was completed in January 2020 for £500 million.

What is SSE’s Address?

What is SSE’s Company Number?

What is SSE’s VAT Number?

What is SSE’s Fuel Mix?

If you’d like to find out more about SSE Energy or switching suppliers or if you’d simply like us to compare SSE Energy prices for you as part of our no-obligation comparison service, phone us on