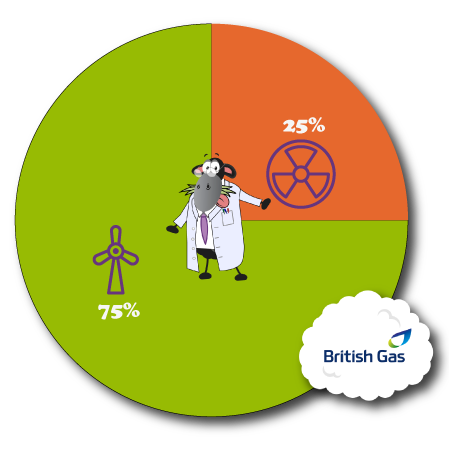 WE WORK WITH BRITISH GAS AND 30 OTHER SUPPLIERS

With a company history going back to 1812, their founding company was the Gas Light and Coke Company which operated until 1948 when it then formed a major part of the New North Thames Gas Board.

The Gas act of 1972 resulted in the merger of all the local area Gas boards which created the British Gas Corporation.

In 1986 the then Conservative government prime minister, Margaret Thatcher introduced the Gas Act 1986 which privatised the company with shares floated on the London Stock Exchange on December 8th, 1986.

British Gas Services Limited is one of the companies that was formed when British Gas PLC Demerged in 1997, 11 years after it had been privatised and is now part of Centrica.

What is the British Gas Address?

What is British Gas Company Number?

What is British Gas VAT Number?

What is the British Gas Fuel Mix?

If you’d like to find out more about British Gas or switching suppliers or if you’d simply like us to compare British Gas prices for you as part of our no-obligation comparison service, phone us on